The structure boasts one of the few well-preserved barnyards (aie) in the area – probably the only one in the country territory called “Cucumo” – and hence its name. Its appearance is typical of masserie, country estate houses of the South-East Bari area; it is the result of the adjoining of several trulli, and later architecturally different extensions. The building is made up of four housing units, called Lamia, Fienile, Granaio, and Palmento. The names remind us of the use each unit had in the past: (Lamia)This was the main building, where people would live on the masseria.The “Fienile” (“hayloft”) was a stable, with an annexed trullo used as an oven. (Palmento)Located opposite the units above, in the past this was where grapes were pressed and wort was gathered inside an underground cistern, then poured into barrels and taken to the cellar. The Granaio (“granary”) was a room above the Lamia, used to store wheat. 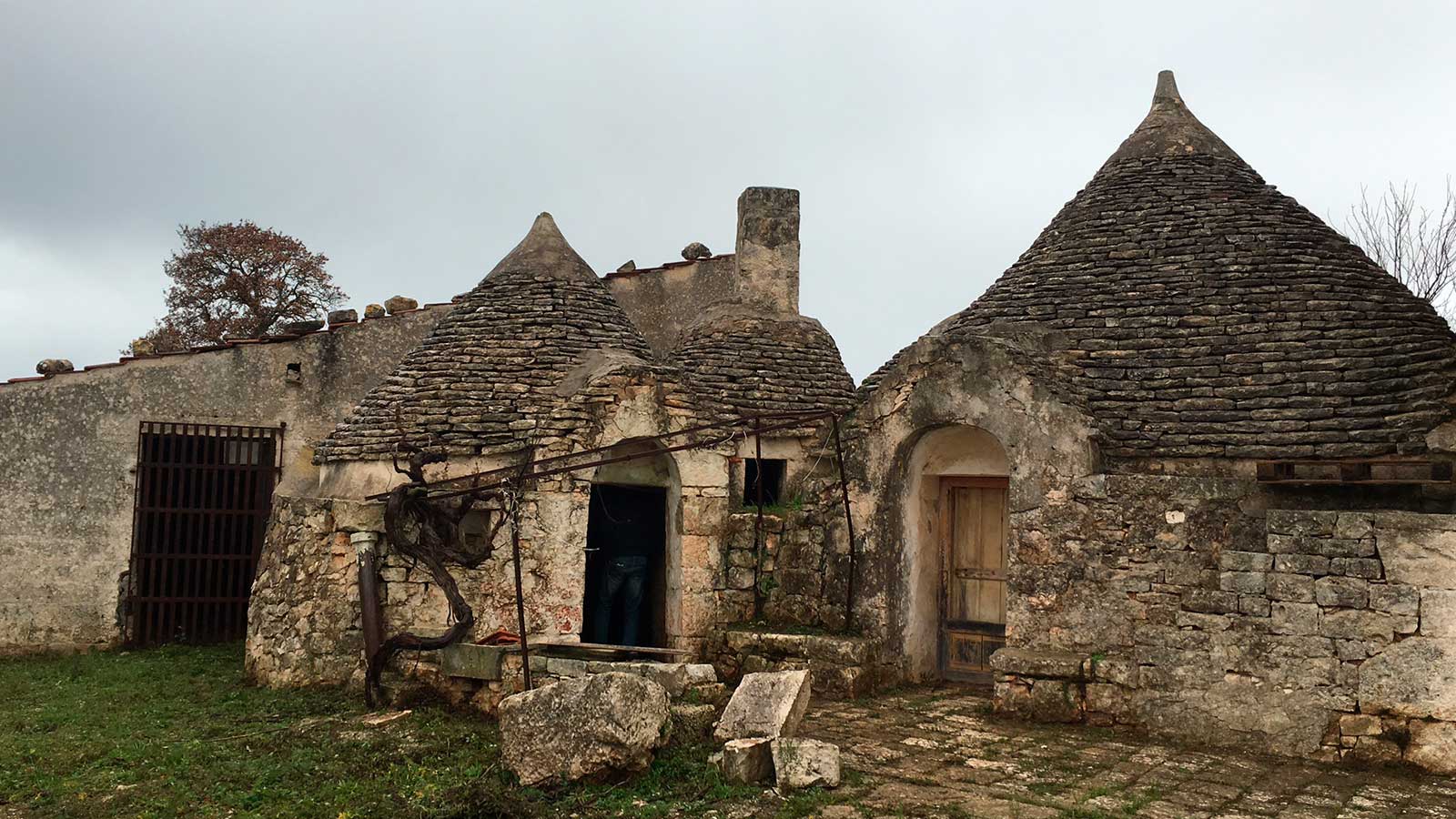 The choices of the project were made with in mind the protection of the quality of the typical landscape in the agricultural territory of this area of central Puglia. The relationship with the environment is therefore key, and to this aim we used simple shapes, employed local material, and chose traditional building techniques. In general, we endeavoured to maintain and enhance the structure in its architectural and structural aspects, giving it new life while at the same time respecting its history. Between December 2016 and September 2017, all the bodies have undergone refurbishments to the walls and façades, the vaults, as well as consolidation works on the wooden surfaces. Particular attention was given to strengthening and substituting the structural wooden elements of the roofs, recovering the original Marseille tiles. This work provided the possibility of adding insulation, so as to cut down on energy consumption. We substituted all the old wooden beams, and added new ones in rooms where there were none. The old typical stone flooring (chianche) which paved the outside of the Lamia and trulli has been restored, and placed in the centre of the forecourt accessing the four units. A 40 square metre pool was added respecting the parameters of rural water tubs, with finishing touches of local stone, in harmony with the surrounding landscape. The barnyard, just like the cistern/foggia, has been preserved in its original state. 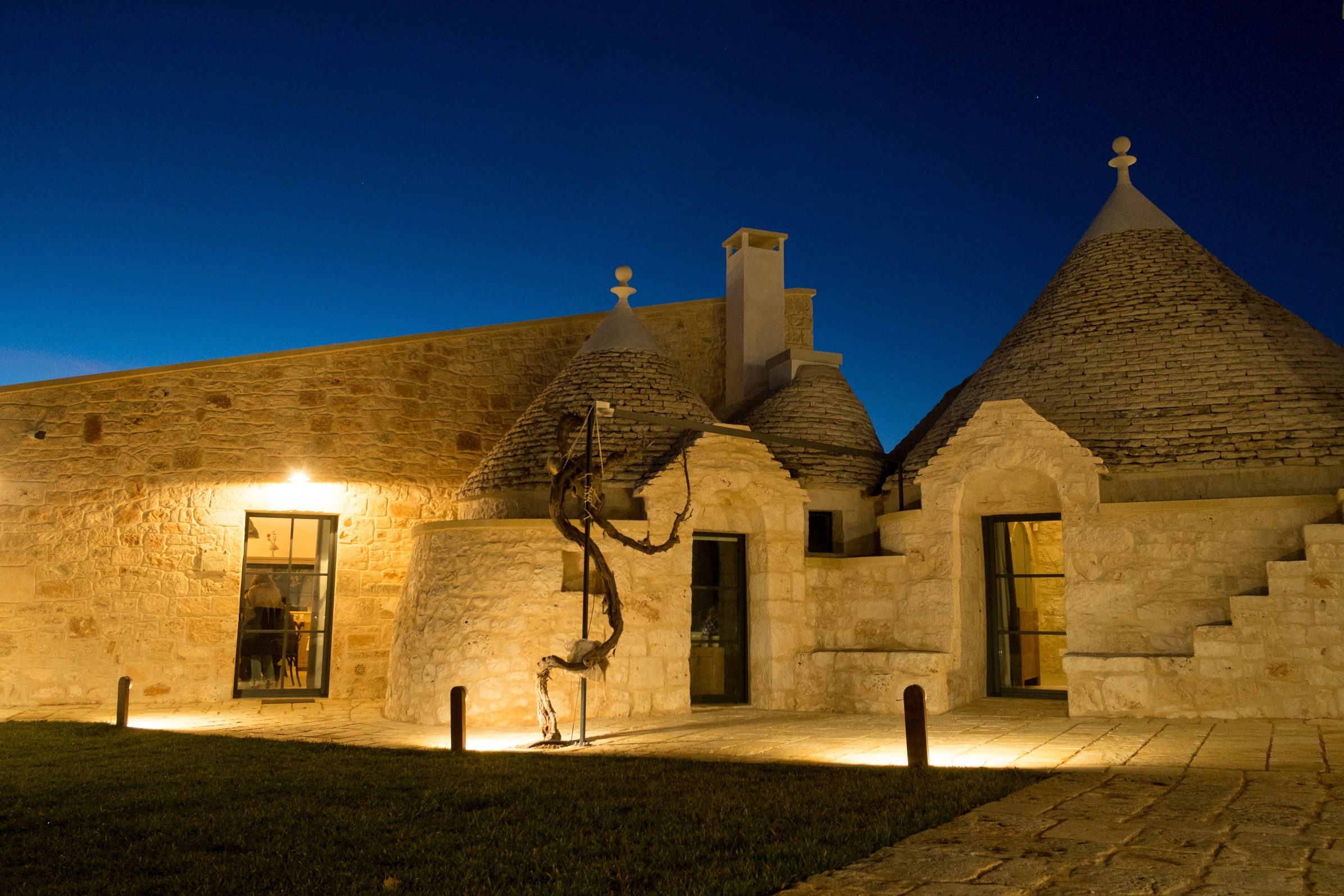 The air-conditioning system has heat-pumps for warm and cool air, with added solar panels to reduce energy consumption and cut CO2 emissions. The water supply is connected to the rural aqueduct, as well as existing cisterns for rain water – mainly used for irrigation purposes – so as to provide a sustainable management of the water system. Hot water is produced thanks to the solar energy plant and the heat-pump; this has positive effects on energy consumption and the environment.